“The fool hath said in his heart: There is no God. They are corrupt, and are become abominable in their ways: there is none that doth good, no not one. The Lord hath looked down from heaven upon the children of men, to see if there be any that did understand and seek God.”

“The Lord loves us so dearly that it passes all description. Through the Holy Spirit alone can the soul know His love, of which she is inexpressibly aware. The Lord is all goodness and mercy. He is meek and gentle, and we have no words to tell of His goodness; but the soul without words feels this love and would remain wrapped in its quiet tranquility forever.”

The divide between atheism and theism ultimately reduces to a question of whether one believes and is aware of the existence of another world, a spiritual dimension, or whether one does not believe such a dimension exists. Belief or disbelief in a higher power, in a force or dimension directed by something beyond what our cognitive rational mind can recognize, is a natural and logical consequence of where one falls in answering this question.
Ultimately, as decent as we can and should be in our dialogues and day-to-day encounters with those who differ from us in this regard, we have to recognize that we as theists adhere to a fundamentally different worldview and understanding of existence compared to atheists. We should remember that our particular worldview and understanding of existence as Orthodox Christians especially sets us apart in Western society from atheists whose primary engagement with Christianity is with Roman Catholicism and the vastly different Protestant denominations.
At the core of who they are by their declared belief that Goes does not exist, atheists must inevitably think that those of us who believe in a spiritual dimension and who avow prayer as a means of communicating with the divine are hopelessly deluded. Likewise, all theists, but most especially we as Orthodox Christians, have to recognize with sadness that atheists are blind and deaf to the spiritual reality of God’s presence, of which we are intimately and experientially aware, for God is “everywhere present and filling all things”.
Thanks be to God that His design for all people to come unto Him and to know Him by His love – the will of the Father through the love of our Lord Jesus Christ, communicated to us by the grace of the Holy Spirit – can and does illumine the hardest of hearts. As much as many of the recent sacrilegious public acts by those promoting militant atheism and other radical ideologies horrify us as Orthodox believers, we must remember that no theist can become an atheist without first losing trust in those whom they have seen speaking for or acting on behalf of God. We should be moved out of genuine love for their souls to pray for atheists – many of whom are kindhearted and fundamentally decent people – but we must always strive to answer the hatred of militant atheists with love, with silence when we are mocked, and kindness when we are scorned. 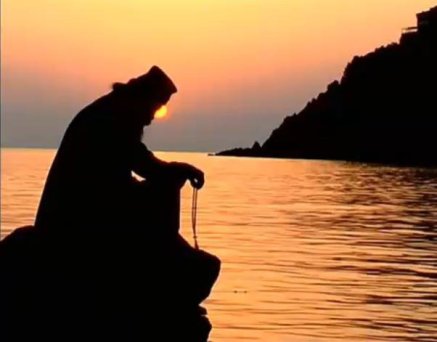 1 thought on “Awareness of God: Thoughts on theism vs. atheism”